Why Does Social Media Change So Much?

With over 78% of the American population having at least one social media profile, is it any wonder social media is changing the world in a way no one ever imagined it would? With social media, one can no longer hide behind a computer screen and many people are creating their own personal brand using social media.

Does this answer why social media changes so often? In a way, yes, because with the demand so high for anything new on social media, enterprising individuals will want to cash in by creating new apps, new designs, and new technology.

Here’s a quick look at what happens on social media in a one-day period:

These are four reasons why social media is changing faster than any other content on the web and marketers have to deal with multi-channel strategies to make a dent or keep the status quo of businesses.

If you have a cause you want to promote and bring to national attention, the best way is through social media unless you have a direct line to a major news outlet.

As far as advertising is concerned, there is a major surge towards social media with ad spending reaching over $25 billion in 2015. Facebook captured almost 64% of ad spending on social media with Twitter and Instagram coming in way behind, but still posting impressive growths in ad revenues.

Instead of reading the broadsheets or switching on their TVs, consumers are getting their “Breaking News” from social media. Instead of using the phone to talk to a sales person, consumers would rather browse the web for information and feedback.

Is it official on Facebook? Milestones are now being reported officially on social media, and a person’s life and relationships are no longer private but socially public, which means one blast reveals the latest updates to one’s network, saving a person a tremendous amount of time trying to keep everyone updated.

However, beyond just updates, social media is the new dating site, getting-to-know-you-better place, and break-up site for some.

One of the top reasons why social media is changing so much is because now small and medium enterprises can compete with big multinationals and corporations. They have found a huge opportunity to market their products and services without the high capital requirements using social media. Break-out products are finally getting the attention they deserve from viral sharing and creative marketing.

To stay connected to your market, a business must build a social profile. However, before doing this, there are four things that must take priority:

Our business development services can help increase your organizations value by creating long-lasting relationships with your customers and markets. 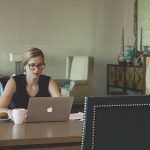